As much as there are some paddlers who will seek and find whatever liquid surface remains on the lake through the winter, there is the flip side.... people who relish the frozen surface, maybe hiking to alpine ponds in search of skateable ice in October.

We just had a few days of cold weather, one morning clocking in at minus 20 to 30 F depending on where in the state.  I asked Phelps to let me know when there was some skateable ice in the islands, and the answer was now.

On the way I saw that there were already some ice fishing shacks out.

I was picturing putting on the hockey skates and whizzing around some area on the scale of an ice rink, or maybe a football field.  Things were mostly a little rough for that, plus why confine yourself?  We ended up using nordic skates, which are essentially speed skates with XC ski bindings and a bevel on the front to go over bumps.  They were the inspiration for the clapper skates now popular in long track speed skating.  I've used them once before, but only on a groomed oval.  I recall in that setting one good stride could take you a hundred yards.

It seemed like I was just here for a barbecue and it was 80 degrees. 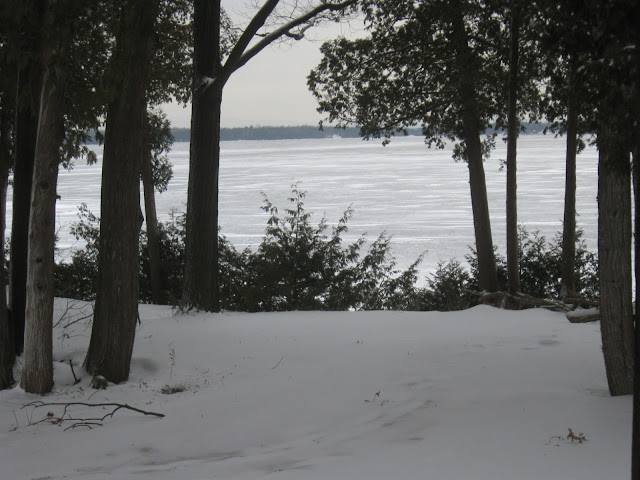 First thing is getting down to lake level, then walking out to where the surface is a little smoother. 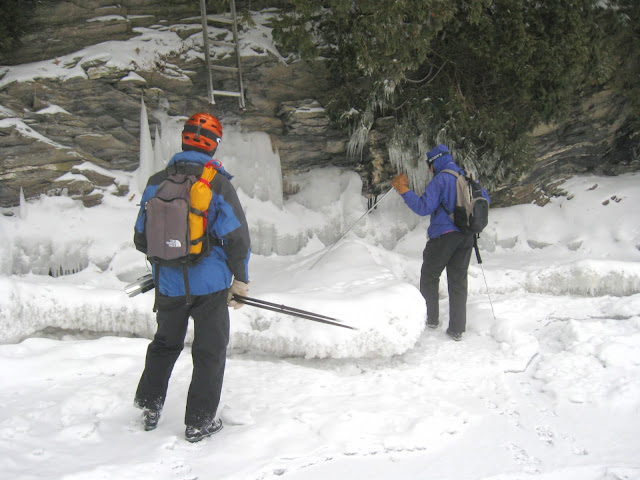 The horizontal dowel hanging from his neck is really 2 nested ice picks, which you use to haul yourself back on the ice in case you fall through a thin spot. 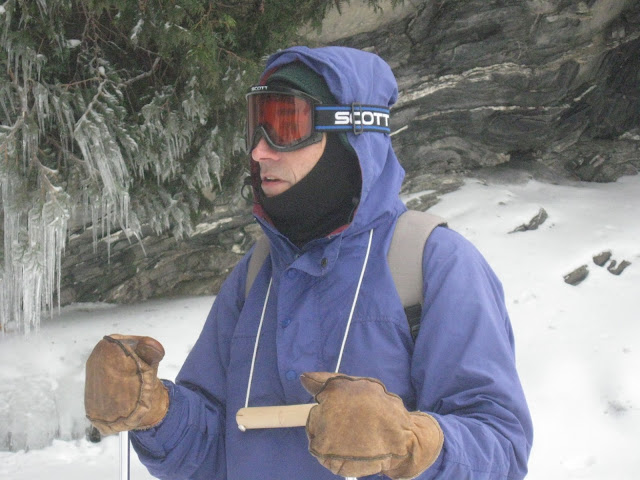 Much of the ice looked like this.  A couple of days ago these were loose floating chunks of ice, now encased in new clear ice.  I saw a fish swim by one of these "holes."

You  need to occasionally whack the clear sections with a pole to check the thickness.  Those familiar with the local tectonics know where the plates of ice are pulling apart (causing thin ice or open water) due to wind and the configuration of shore line.


The temperature is in the teens, but with the wind it feels like I'll be at that distant island (2.5 miles)  in about 5 minutes.  Seriously, just standing there the wind will blow you to some real speed, and we used a lot of the space visible here. 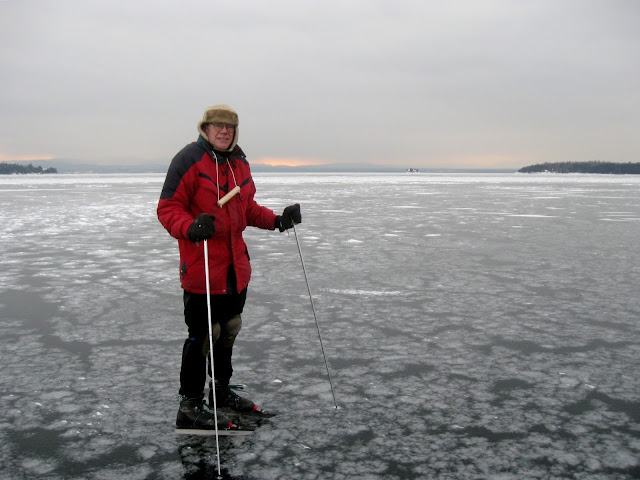 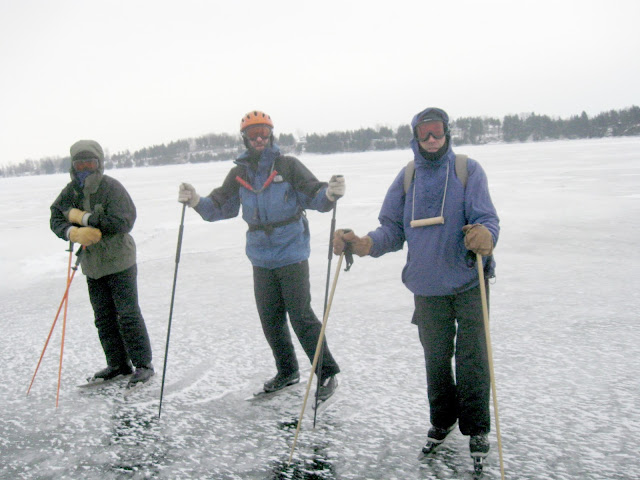 Unlike ski poles, these poles have no baskets, and have hard conical points that reliably grip the ice. 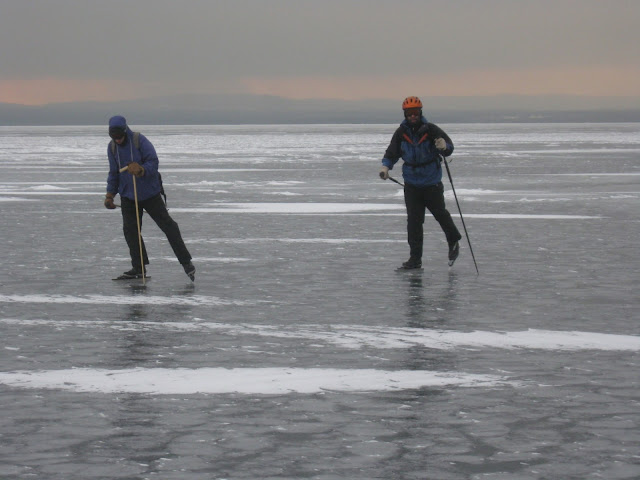 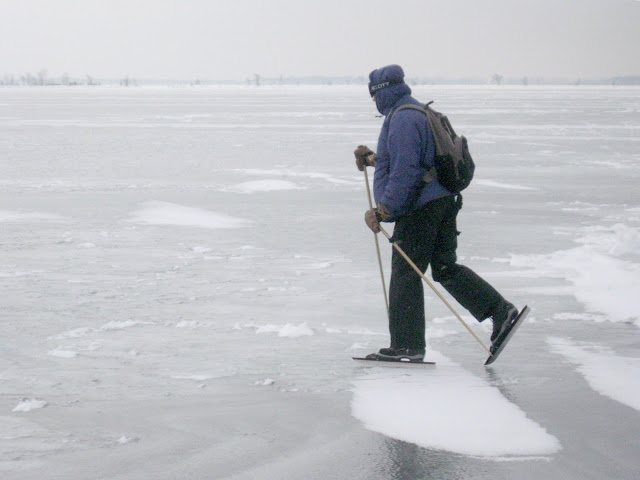